skip to main | skip to sidebar

Now that the highly dramatic month of July has finally come to an end, the people of Istanbul can collectively turn a page and look to an immediate future, which appears considerably more certain, if not banal, in comparison to the recent past. The city's bourgeoisie will head to their summer houses in the greater Istanbul region, while the upper classes augment their social status and darker skin tones at exclusive seaside ghettos such as mythic Bodrum.

By mid-September, Istanbul and Turkish current affairs in general will most likely return to their more traditional frenetic cadence. The school year will have commenced, Istanbul traffic jams will be in full-force and the "deep state" Ergenekon trial will steadily gain momentum in the headlines. 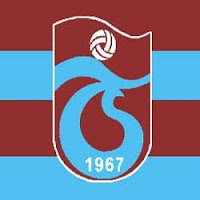 On the heels of the Turkish national team's truly remarkable and extremely lucky showing in the UEFA Euro 2008 tournament, one must also not forget the beginning of the new domestic football season; more Brazilians playing for Fenerbahce and greater promise for the eternal underdog and this observer's favorite team, Trabzonspor.

While all of the above is well-established on the country's active radar over the next three to four months, this observer is surprised by the relative lack of consideration being given to basic economic variables, which arguably hold the greatest potential to disrupt. It has been quite remarkable to observe how Turkish equities analysts, often quoted in the Western media, have been very quick point out that all of the political intrigue surrounding the country's economy has been "already priced into the market" with apparently great efficiency.

To their credit, the Istanbul Stock Exchange undertook an aggresive ascent during the hours leading up to the court's decision and barely flinched in reaction to the American Consulate shooting at the beginning of July and the more recent "double bombing" at the end of July. While both events were indeed tragic due to the loss of human life involved, both were also quite bewildering in terms of identifying a likely motivation or intended political message. Furthermore, the Turkish state's decisions to attribute the consulate bombing to "Al-Qaeda" and the Istanbul double bombing to the "PKK" were both predictable and unconvincing. The unfazed reactions of equities investors were a testament of the relative insignificance of both incidents. 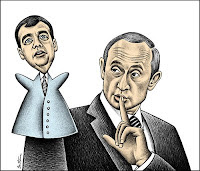 The financial markets greeted the Turkish Constitutional Court's decision to not close the ruling AK Party with predictable enthusiasm. It was a highly pro-business decision, which this observer accurately predicted in April 2008. The recent sale of Akpet to Lukoil and the Istanbul Stock Exchange's rise from this year's doldrums, which have earned it the distinction of the world's worst performing emerging market exchange in 2008, will remain sparkling examples of Turkey's "new dawn" during the next few months. Nonetheless, certain extremely fundamental concerns, in addition to the slowing Eurozone economy, remain. They consequently demand adequate consideration in order to clearly assess the country's short and medium-term future.

The following are a series of economic issues, some new and others ongoing, that this observer has picked from the headlines over the past few weeks. It is highly likely that some combination of these issues will influence country's political and economic landscape through 2009.

Deutsche Bank AG, the world's biggest currency trader, raised its forecast for the lira against the dollar after Prime Minister Recep Tayyip Erdogan's Justice and Development Party escaped a constitutional ban. The currency will end the year at 1.20 per dollar, Arend Kapteyn, chief economist for Europe, Africa and the Middle East at Deutsche Bank in London, wrote in a report dated today. The bank's previous estimate was 1.41 per dollar.

Turkey's prime minister, defense minister and military commanders are meeting to appoint a new military chief of staff. The four-day gathering began Friday at the armed forces headquarters in Ankara...Gen. Ilker Basbug, the current commander of Turkey's army, is expected to succeed chief of staff Gen. Yasar Buyukanit, who retires this month.

Turkey's central bank raised rates a further 50 basis points in July, repeating identical hikes it made in May and June. The latest increase brings the overnight borrowing rate to 16.75%, with the lending rate unchanged at 20.25%. The bank has been cagey about projecting its future monetary course, given the uncertain outcome of the AKP case and the unknown duration of the recent drop in oil prices. But in its July inflation report, the bank hinted at a slowdown in rate hikes. The bank also revised upward its projected inflation rate for 2008, from 9.7% to 10.6%, and pegged next year's rate at 7.9%.

Turkey, which could find funding from global markets more easily in the past, had to increase its interest rates to cope with the squeeze. The credit crunch process in the global markets has created a dramatic change in the financing of Turkey's current account deficit.

In the first five months of the year, current account deficit rose 33.3% from $16.16bn to $21.54bn while the total of foreign direct investments and portfolio investments dipped 73.3% from $18.87bn to $5.0bn. Meanwhile, foreign borrowing of banks and companies surged 116.2% from $10.39bn to $22.46bn, an indication that there may be a problem in financing the current account deficit.

Normally, the distress in financing the current account deficit results in a narrowing of imports for investments and production. Therefore, while the current account deficit is moderated, the economy starts to shrink. When companies are unable to find resources from abroad, they are obliged to knock at the door of banks for loans. This increase in loan demand results in the further increase of loan interests.

The gas price rise was fixed at 16.88% for residential properties and 18.77% for industry, Botas said. The cost-based pricing mechanism, introduced by the High Planning Board from the start of July, applies to all state energy companies and is seen as an important step before further privatisations of power distribution and production facilities.

Before the new system was introduced, electricity prices for industry were raised by 22% effective from July. Electricity companies have not applied to set new power tariffs this month. Rises in energy prices generally have been a major component in Turkey's double-digit inflation. The central bank, which has raised interest rates this year and said it could tighten further, has repeatedly cited energy prices as an inflation risk.

Posted by Blastingcloud at 1:20 PM No comments:

The Bosphorus Watch facilitates the exchange of information and opinions regarding the geopolitics of Turkey and the region. Like comparable current events projects, The Bosphorus Watch depends on multiple points of view in order to best interpret the political, economic and social issues at hand. Interested individuals are therefore encouraged to contribute their own analysis to make The Bosphorus Watch as thoughtful as possible.

Articles from The Bosphorus Watch are also featured on PoliGazette.

Blastingcloud
The author of this site graduated from the University of Chicago in 2006 with an undergraduate degree in Near Eastern Languages and Civilizations. Having studied the Turkish language and traveled by bus through much of Anatolia, he now works in Istanbul for a publisher of political-economy reports on emerging market economies.